A deceptively simple puzzle game written for the Fairchild Channel F, the first ever games console to use ROM cartridges and a microprocessor, which launched in 1976.

Unfortunately with its quirky CPU and low video resolution of 102x58, it was soon superceded by the Atari 2600 and only 26 official games were ever released for it, together with a handful of modern homebrew games. However it deserves its place in history for being the first true 'games console' as we understand the term today.

I thought it would be an interesting challenge to learn how to program its F8 processor.  Many of the games only utilised the 64 bytes of  'Scratch RAM' built-in to the actual CPU, however this game takes advantage of a 2K RAM chip that some titles had, although I'm only using perhaps 150 bytes of that. Once I got the hang of it I've found it much easier to program than the Atari 2600 because you can just push pixels to the screen and don't need to worry about where  the raster beam is.

It was a lot of fun to make this game over the course of 2-3 days, and I'm already thinking of more ambitious projects for the future.  Thanks to the excellent site Veswiki and the many contributors therein without whom this game wouldn't be possible. The code is available here: 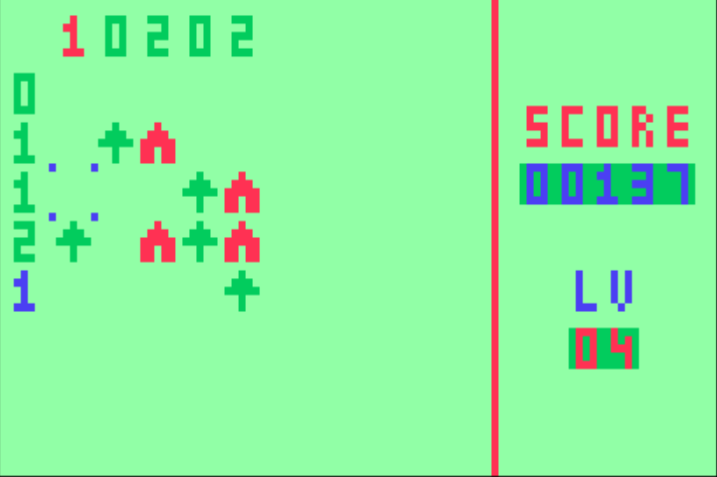 The aim of the game is to place a tent adjacent to each tree in such a way that the correct number are in each row and column, as shown by the numbers alongside.  When you have the correct number in a particular row or column, the number will turn green. Tents cannot be placed if there is no tree to the left, right, above or below.

You can move the blue selection box around the grid using the joystick (arrow keys), and place or remove a tent by pressing fire.

As you complete more levels the size of the grid, and therefore the complexity of the puzzles, increases. The quicker you solve each puzzle, the more points are added to your score, up to a maximum of 50 per grid. Puzzles are created using procedural generation so there is a large number to solve.

The .rom file can be played in MAME or MESS, you will probably need to locate the sl31253.rom/sl90025.rom and sl31254.rom BIOS files in order to successfully play Channel F games. I can't distribute these with the game but they are easily found on Google.

This online emulator can also be used, as above you'll need to provide the BIOS roms.https://www.lexaloffle.com/bbs/?tid=34262

From the command line: 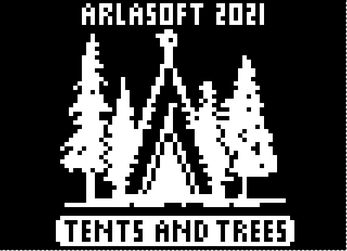 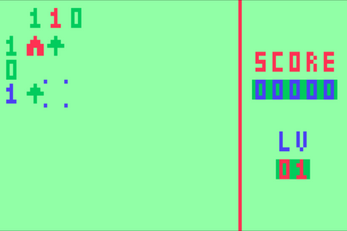 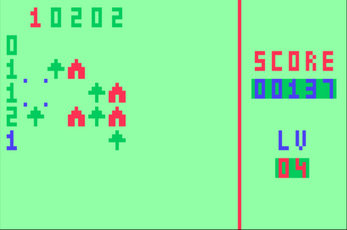