Your goal is to clear each screen of robots and then leave via one of the exits, avoiding the electrified walls. Doing so will earn you a bonus, but leaving a screen before all the robots are killed will cause you to be labelled a chicken and forfeit any bonus. As your score increases, the robots' speed and number of bullets they can fire simultaneously will also increase, indicated by their changing colour. In later levels the robots can fire at twice the speed and therefore become extremely deadly.

Take too long to clear a screen and 'Evil Otto' will appear, bouncing towards you. He cannot be destroyed so you may need to escape the screen if he gets too close and accept the verbal abuse from the robots.

A key tactic is to entice robots to shoot or walk into each other (or walls), and you can also lure Evil Otto to kill robot stragglers or any trapped in a closed-off section of the map.

This game wasn't really on my radar for conversion as Berzerk Redux already exists. However some hardcore players pointed out to me that as excellent a game as that is, it differs from the arcade a fair bit.  In fact the YouTuber Mamemeister maintains that the definitive home version is actually the Spectrum game 'Horace and the Robots' by Steve Snake, and we couldn't have the Speccy claiming the upper hand.....

I set out to match the arcade visuals and aspect ratio as closely as possible, in fact the only difference should be that the playing area is reduced from 208 to 200 pixels high.  So many C64 ports back in the day felt the need to stretch everything to fill all 320 pixels even if the arcade original was only 224 or 256 wide.

I also wanted to include all the sampled speech and SFX which I managed to achieve, albeit at a slightly reduced quality in order to fit it all within 64K and leave enough CPU time for the sprite multiplexor and game logic. In fact, there are some extra phrases in this version created using the existing words. The optimisations required to accommodate the speech will also be useful in completing Robotron 2064.

NTSC is not supported currently, due to the amount of raster time taken up by the sampled speech and SFX. You may need to disable certain add-ons such as SuperCPU or freeze carts, anything that interferes with NMIs etc. I've had reports the samples don't sound as good on real hardware. I guess emulation isn't so bad after all....

Thanks to Shallan for his sample player code.

Unlike some of my other ports there isn't much information out there in terms of base speeds and speed increases, so if you're familiar with the arcade game and something feels off, get in touch as these are values that can be easily tweaked.

Here's a list of all the phrases the robots can say, if you know what you're listening for the samples magically turn into CD quality....

It would be awesome if you would also publish an NTSC conversion of your Berzerk port :)

Funny bug - I went left from the starting screen I was given and tripped the wall on the way. The screen scrolled left to a new map and I hit game over. When I started a new game, the new game immediately threw me left a screen!

Very good conversion ^^ ! I even bought it twice, that's saying something ^^ !

Amazing work! Thanks! Seems that HI-SCORE saving doesnt work, at least on my Ultimate 1541 II +

You're not the only one who has noticed a bug here.

Apparently scores are getting saved but rounded down - or something. Somebody managed to get 660 points and then it was saved as 600 - or so I read. Haven't been able to reproduce this myself though.

Hopefully there'll be a v1.2 soon

It is not a "rounding" problem here. I don't get any save data on disk.

The hi-score bug only occurs on the final entry....the final byte is not being saved. An update will be done soon. As for issues with Ultimate 1541, I have no way of testing this. If it works on a real 1541 and VICE it suggests a bug with the ultimate.

It's not only the 1541-U, that has a problem here. Played the game on my SD2IEC and "saving the score itself" works and score first can also correctly be seen in score-list and is also saved. But after restarting the game, the score is rounded-down all the time. Very strange. At once, not my real score is shown in the score-list, but a rounded down score to a full hundred. For example, i have 650 points, but only 600 is saved and stand in the scorelist, when game is restarted. Seems like, only the first number (which is a 6 in my example) is saved, but not the digits after the 6. This happens also in emu's, not only on SD2IEC. I guess here are 2 bugs, the rounding thing and a problem on 1541U with saving itself.

Excellent port apart from the sound samples, but I can understand why they are a bit garbled

Apparently they sound much better on VICE than a real SID

Great work! How did you manage to replicate the algorithms so accurately? Maybe the new retro Mega65 machine needs a version too :)

Really enjoying these arcade ports! Hope you enjoy the coins detected in my pocket.

How about Magic Voice support?

The Magic Voice has a very limited amount of words it can say, though.

You can extend the vocabulary https://www.cubic.org/~doj/c64/magic.html#33

Really love the gameplay but the sample quality is maybe a bit too low. It's very hard to understand what is being said.

For the rest, it plays like the real deal. Nice job!

Yeah, there is no way to improve it without having flickering sprites. The sample player has to make way for the multiplexor so playback is inconsistent. I'll post a list of their phrases, if you know what you're listening for it's better!

Thank you for your reply. It's always a fight with those old systems ;-)

You're my favourite dev buddy :)

Will definitely be louder on 6581. Posted a list of their phrases in the blurb. I've heard them so many times now they sound as clear as a bell :D

I tried it in Vice and it's clearer and louder than on both my real SIDs (6581 or 8580) it's just too garbled.  You can listen on my vod from tonight if you like. 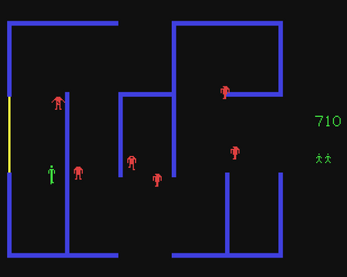 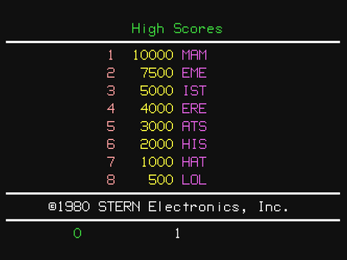 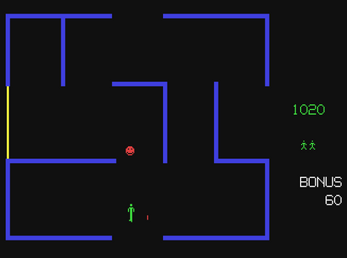 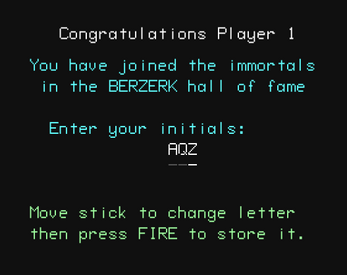 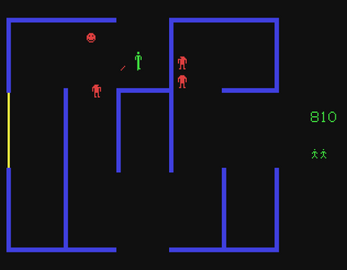