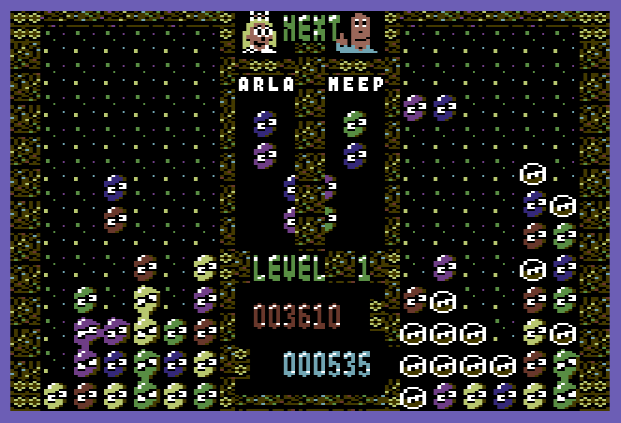 Connect four or more beans of the same colour to clear them from the grid. Set up elaborate combos to send rocks to your opponents' side and ruin their carefully laid plans, or to avert rocks about to drop on yours! If your third column from the next fills up to the top, you lose. 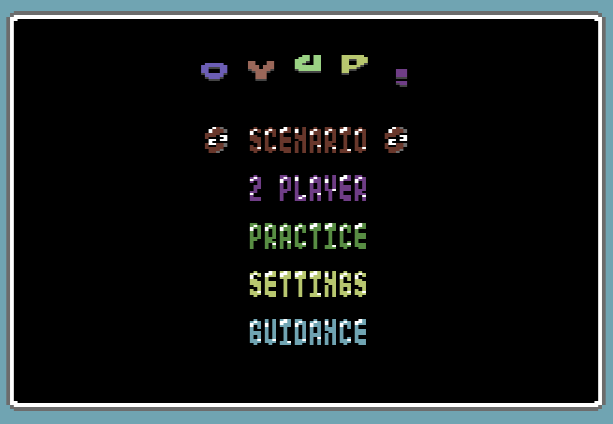 Including all the features of the 16-bit versions: 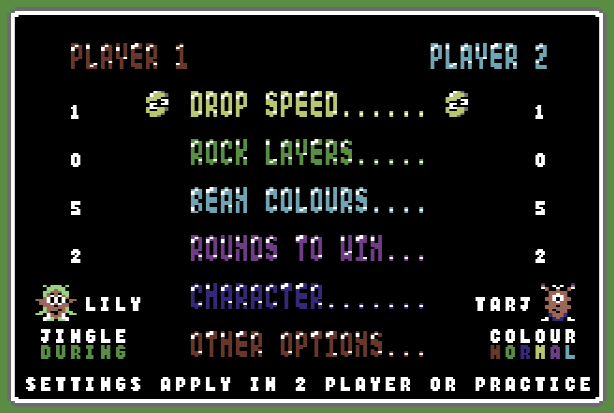 This game, including code, graphics and sound, were created in just over a month for the Retro Games Winter Dev Competition.

Thanks go to Stepz and in particular Hayesmaker64 for their help in testing the game.

Damnit. I thought Oy up! was just a suitable game for my girlfriend. I loaded it and I might have even paid for it.
It put the .d64 file on SD and tried to run the game with real c64, Pi1541zero and fb64. Alas, all I got was the start screen(?). No button press does anything.
Any ideas how to get the game running?
Pillars seems to work just fine.

Imagine if C64 owners had Oyup and Pillars in the 90's when originals were released for SNES and Sega Genesis/MegaDrive. These are must play classic tile matching puzzle games. And these clones for C64 are top quality with great graphics and sound. Itch.io lacks rating system for games and devs. I would like to give these games and Arlasoft *****/*****.

Edit: I just found that there's a rating system for the games. I'm rating Pillars and Oyup 5 stars... :P

Any game that has a high score saving feature is great. I like to play with friends and family and being able to have the scores saved.

Really a great game and good "Puyo Puyo" port, congratulation. I especially like, that playing against a CPU is possible, which is ideal when often no human player is available to play against. Only one thing i could not found out, or maybe it is not possible at all?

In higher levels against stronger CPU-opponents, when the gameplay becomes very fast, i find no way, to turn the pieces in the opposite direction. I was searching in the game-menue for an alternative keyboard-control, but seems like, this don't exist so far and the very most C64 controllers have only one button.

This is not ideal in this kind of games. Often i only lost against a CPU-opponent, because i had to press the Firebutton three times and the piece then don't turn thrice quickly enough. Turning one time to the other direction would have been the perfect solution here, but how to do so? Is this not possible? In all "Puyo Puyo" console-games, this is a very important factor in the gameplay.

For this C64 version of the game, i think, it should not be a big problem, to include a choosable keyboard-control as an alternative control-method in the game-menue. Not necessary to have a 2-button-controller then, because puzzle-games often can be played very good over keyboard and when turning pieces in both directions would be possible with this then, it would be a great improvement to the gameplay. Especially in the higher levels, when the player has nearly zero-time to position a falling piece in the perfect place.

Therefore i hope for a little update to this great game that allows turning the pieces in both directions, like it is in all the console "Puyo Puyo" ports.

Masterpiece, play a lot of time.. Thank you so much

I was thinking to myself recently "wouldn't it be nice if there was a 90's style 2 player puzzle game like Dr Mario or something on C64" and here you are with this and it is excellent! Works great on my NTSC HW

Such a great port! Nice to get this on theC64, and not only to play in browser ;)

that's one fantastic game, thanks.

Just played it, it is awesome, congrats.

First time I played I passed the scenario(standard) mode in one go :P I used to play the arcade version when I was a teenager, good memories.

Thanks. Haha, an experienced player then!

I saw this game at theC64 Winter Game Dev competition and played it last night. A very well done great port of a memorable game and possibly a world's first attempt to make this type of party game for the Commodore 64. It was great fun to play. You and Mike have done a brilliant job with this masterpiece.

Thanks a lot Richard, appreciate the kind words! 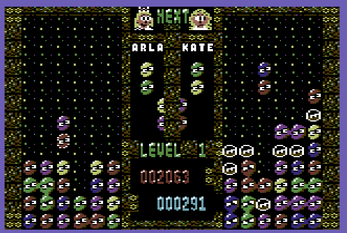 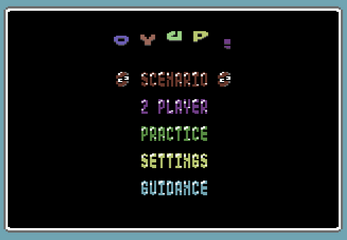 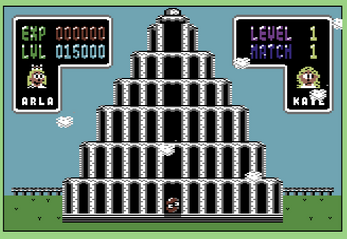 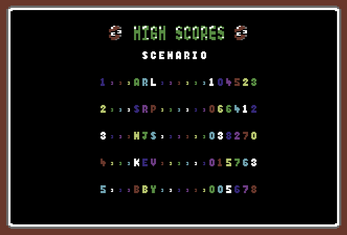 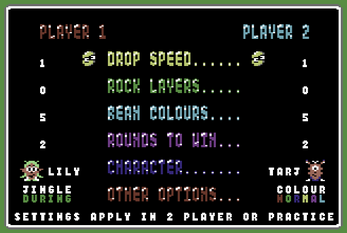 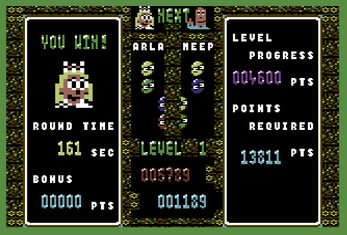 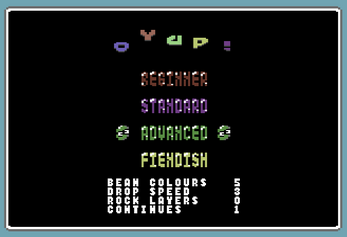 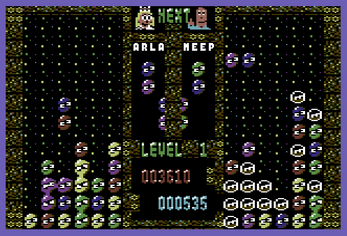 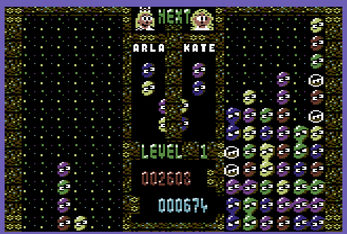 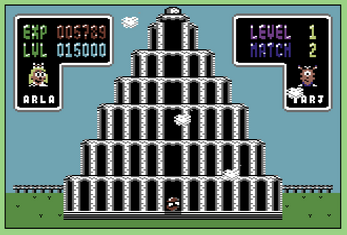