In July 2019, Simon Jameson aka Shallan50K, developer of Doc Cosmos among others, began streaming the development of a competitive single-screen platformer on Twitch, taking inspiration from titles such as Bubble Bobble, with episodes later uploaded for posterity on Youtube.  Community members contributed ideas, graphics, level designs, music and SFX as well as pointing out mistakes made under the considerable influence of a variety of alcoholic drinks.

All 70 episodes over the next 21 months are available to watch here, and are an invaluable (and entertaining) resource for anyone wanting to start making games for the C64.

As other projects took priority the game has remained unreleased since. As the Youtube series was the catalyst for me beginning to make C64 games and I was between projects, I offered my services to add the finishing touches and get the game out for everyone to play. I focused mainly on improving the single player mode as the 2P co-op/competitive mode had been the main focus during the streams, as well as touching up some graphics and fixing the remaining bugs.

In summary the game is 99.9% the work of Shallan and his Twitch/Discord community, and Arlasoft is a quasi-publisher tying whole thing together. The game contains 33 challenging levels with a variety of enemies with very different behaviours to keep you on your toes.

Any issues reported in this version will be patched ready for a planned physical release in 2023, with proceeds going to charity. Please bear in mind much of the code was written after an amount of alcohol that would send us mere mortals off to bed with a glass of water and a bowl, so there are bound to be some gremlins still lurking....

This digital download of the game is free, however any donations received will be forwarded to Great Ormond Street in memory of Aurora Richmond, daughter of Mike Richmond, creator of the C64/Amiga/Speccy game Vegetables and who contributed various excellent tunes to this game.

The aim of the game is to stun enemies with paint balls and then eat them. When you have gained enough weight, all players must step on the switch to open the door to the next level. The player who wins the race to the door first wins the level and gets a bonus. 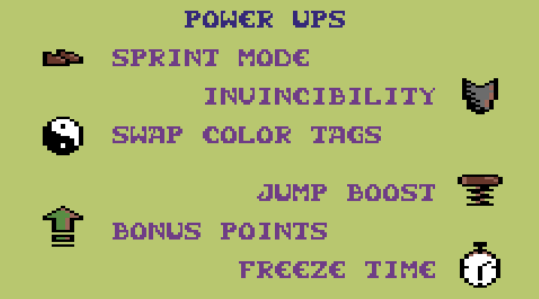 'Tag' the level with your paint balls to gain a bonus, fighting with the other player or enemies to keep the platforms painted in your colour.

The player wearing the crown is immune to hits on the head, and also gets a 10,000 bonus if they are wearing it when they leave the level. Watch out though, the crown will fall off when you eat or get hit by an enemy!

In 1P mode there is an additional bonus for completing the level as quickly as possible, for between 1,000 and 9,000 points. You get five lives at the start of the game and extra lives are earned for every 200,000 points scored, so accruing crown, tagging and time bonuses will help you get further into the game.

Different enemies and layouts require varying tactics. The trajectory of your paint balls means you can stun enemies up close or lob them over the edge of a platform, or even throw while jumping to hit an enemy on a higher one.

Keep an eye on the pipes for enemies that are about to spawn, the pipes will bulge as the enemy makes its way to the outside world!

The map wraps in all directions, so falling out of the bottom of the screen will make you fall from the top, a crucial strategy in avoiding enemies, traversing the level and reaching the door first in 2P mode.

Enemies can be eaten from a considerable range and in mid-air, so use that to your advantage in order to getting too close to non-stunned enemies. This will also prove necessary in one particularly 'unique' level! 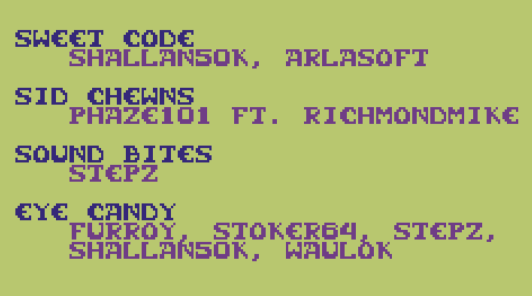 Hi! This game is really awesome! But I played it on VICE and experienced a crash (system frozen) here, when I got hit by a monster 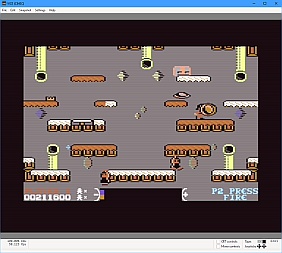 have a nice day!

I don't like that they are eating the enemies. It's disgusting how it looks. It would have been enough to paint them to the color of the background and they disappear. The hiscore music is very nice.

I heard they're going to do something similar in GTA6. Instead of mowing down enemies with machine guns, you tickle them with a feather and they laugh themselves off the screen.

It was nice to see this in development. Turned out really lovely and plays great on my Steamdeck.

Excellent work from all involved.

Takes me back to the golden era of the C64. Here is my longplay of it.

The gameplay is very good and a lot of visual variation. Great visual FX of the characters. Well done!

Love the original idea of gameplay, graphics and sound.
This really has that oldschool vibe that I love so much from the fist area of the C64. Keep em comming!

Looks like this game is PAL only.  Just a warning for any USA players who might intend to play on NTSC hardware

Good point and apologies for not mentioning it. Actually I just tried it and while the title screen does freeze, if I bypass that the gameplay and other screens run fine on NTSC. I'll try over the next few days to work out why the title screen locks up and then put out a patched version.

Thanks for the info, I've got a tester in Canada who's going to run on real hardware and feedback what's happening.

I added an NTSC-only version, the title pages are cut right down until I can optimise them but the gameplay should work fine.

Great game with very creative and funny gameplay, which is rare to find these days. Our German-language review can be found in our recorded livestream starting at 01:42:24. Automatic subtitles should be available soon (switch on, if necessary). Subscription to our YouTube or Twitch channel is welcome. :-)

It’s absolutely brilliant to see you back on the 64 and what a great little game!

Good to see you back! Excellent game!

Woaw and infinites waowwss ! This is a game that you have to play before you die. Millions cograts and thanks Arlasoft ! Now, we are looking forward for the physical edition. Merry Christmas and Happy New Year !

Graphics remind me a bit of Thing on a Spring. Lobbed this into the pile for us to hopefully review at Zzap. Out of interest who will the physical release be through?

Reply
Richard of TND48 days ago

A very good homebrew game with nice cartoon style graphics and also a very original concept. Nice music. If this game was released back in 1980s / 1990s, it would have been a great commercial title. Well done to the team behind this production.

Another platform game for the collection :) Great work. As the editor of the magazine "K&A PLUS"https://ka-plus.pl/en/ on behalf of the entire editorial team, we would like to establish cooperation with you. Feel free to contact us by email.

Regards. Editor of "K&A PLUS" 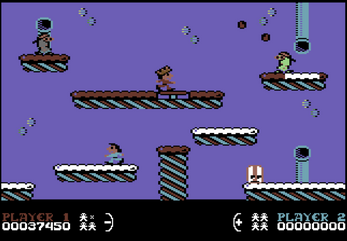 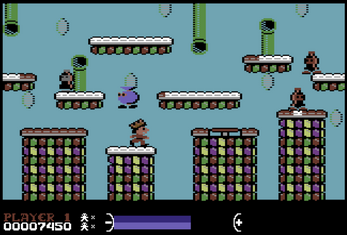 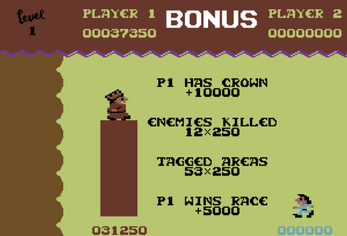 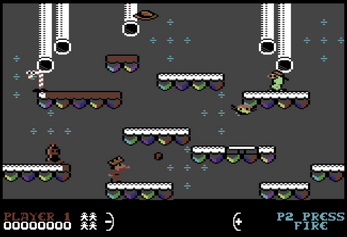 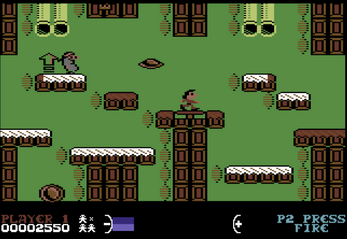