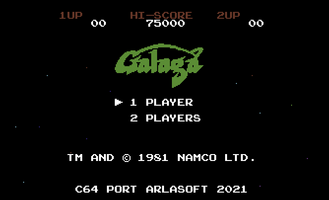 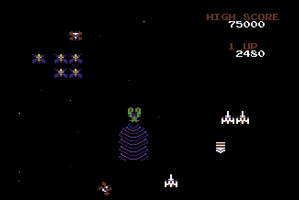 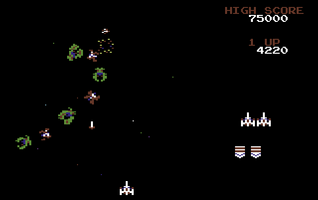 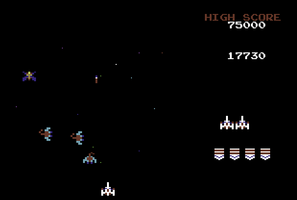 I'm pleased to announce that Galaga for the Commodore 64  is feature complete and ready to go. I'm sure there will be issues that will come up as more people play the game, and I'll work to fix those as they come up, but for now, please enjoy!

- Can now pause during play using Restore key. Fire from there to quit game.

- Improved the collision detection between player missiles and enemies.

- Increased speed of enemies in formation to make them harder to hit.

- Fixed scoring not always being applied correctly on boss Galagas.

- Dual ships will continue to show between stages.

- Fixed beam boss sometimes being killed when another enemy shot.

- Fixed bullets sometimes not getting fired from centre of ship.

Port of the classic arcade game for the C64, based on the NES conversion.